Nerdkya was born in 2000 in a house full of nerds as “Sysadmin’s Wife”. Later she changed her name to more suitable for her lifestyle. She no longer has a wikipedia entry, but she still makes history simply by being the first polish female geek webcomic character. She’s very serious about nerds, computers, games, books, cats, diversity, not going out much and cryptic jokes.

All these stories are true #truestory.

Nerdkya looks a bit like me, only more cartoonish, but she’s not, I repeat, she’s not my alter ego. We are very different.

I’m kya and I draw her adventures  on a semi-regular basis. You can find me on  fb, tumblr, twitter, ircnet, and if you speak Polish, in other places too. I’m a graphic designer by trade (I design textbooks) and a network engineer by education.  I’m an active contributor to Polish nerd community, which is not a community because we are not that social, obviously. I have three cats, two guitars and one motorcycle helmet. I wrote a book about mobile technology published by Lingo Publishing House. I collect 8-bit computers and comic books. If by collecting you mean hoarding.

situation normal, all fucked up 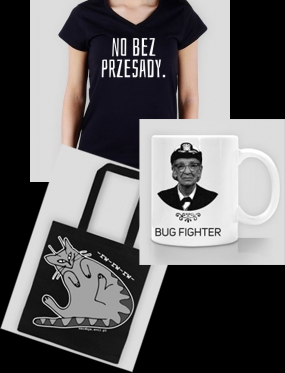